KYC (Know Your Customer) - What is It, and Why Do Gambling Sites Use It?

By 2024, statisticians predict that the online gambling industry will be worth about $100 billion. That’s a whole lot of money! Of course, such revenues attract attention from the authorities. Why? First, there is the issue of security. With such large amounts moving through bookies and connected to user accounts, security measures are necessary. Secondly, there is the issue of fraud and other financial crimes. Most unscrupulous businesspeople have now taken to using online casinos to clean their ill-gotten money. Authorities have caught on to this new trend and are now putting measures to stop such criminal activities.

How are they doing it? By advocating for ‘know your customer’ technology. This technology, installed in online betting sites, works in identifying users and singling out the potentially risky ones. Any accounts that seem to be a hub of suspicious activities get monitored. If anything comes up, proving the suspicions right, then the bookies must flag such accounts and notify the authorities if necessary.

In the past, online sites would do this manually and hire a whole team to oversee user accounts. At the time, the number of people placing bets was not high, and it was easy to single out those who seemed suspicious. Moreover, online gambling was in its infancy stage. So, most people were betting a few tens to a few hundreds of dollars at a time. But when people realized how much money they could make from gambling, the number of users increased.

Money launderers followed suit with their big sums of money. Soon enough, it became clear that technology was the only way to weed out any suspicious users. Otherwise, the online sites would require hiring large teams, which would eat into their profits. We all know how bookies feel about losing money. So, most bookies with large numbers of users opted to go the tech way. 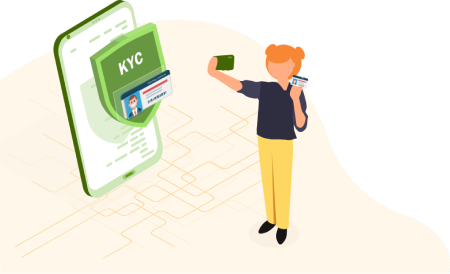 KYC is an acronym used to refer to the ‘know your customer’ technologies used in tracking users’ activity and flagging those that seem suspicious. It is used in line with anti-money laundering requirements. So, how does it work?

When you first register on a site, the signup process requires you to provide details about yourself. You enter your name, age, email address, and other details. But of course, there’s no way for the site to know if the details are accurate. In the past, people would fill in fake details, gamble, and withdraw money. This lack of identification made it easy for people to launder money through the sites without alerting the authorities. But with KYC, this is becoming harder. The software uses processes that investigate whether you are who you claim to be.

KYC has long been used in banks and other financial institutions as a line of defense against financial crimes. It works the same way in online betting sites. By looking into your personally identifiable information by assessing your identity documents, the system can prevent money launderers from exploiting the online site. Moreover, it keeps underage gamblers at bay, which has also been a growing problem. Young people who were not even supposed to be on the site would gamble as much as they wanted. They could even get hold of the cash, and the sites would be none the wiser. Of course, this only paved the way for gambling addiction at a young age.

But that’s not all KYC does. It also weeds out users who want to play using multiple accounts. For example, some users realize that they will get banned if they bet high amounts with the same account. So, they open a bunch of accounts under different names. KYC can still catch up with them. KYC is also beneficial to problem gamblers who want to protect themselves from going over their limits.

The main purpose of the KYC is to protect bookies from losing funds to people resulting in tricks. It also ensures that online sites remain free of criminal activities. You can see that it has its work cut out for it. It does this by:

Implementing KYC has become more important, with more people embracing online gambling. But it also comes with a few murky areas. Nowadays, it’s possible for someone living in the UK to gamble in a betting site registered in the US. Which regulations would apply to such a person? One would think that the US rules would apply to such a user, but this is not the case. If the site also offers services to UK users, it would also be bound to the rules in the UK. Thus, bookies need to remain vigilant about who they allow on their sites because this will ultimately affect their KYC compliance regarding anti-money-laundering practices.

What happens to those that do not comply? They face hefty fines. The UK regulating authorities are especially strict on bookies and award fines totaling tens of millions of dollars to non-compliant operators. Suppose a site does not have sufficient measures to prevent financial crimes, underage gambling, and problem gambling, they learn the hard way.

Why is KYC Important? 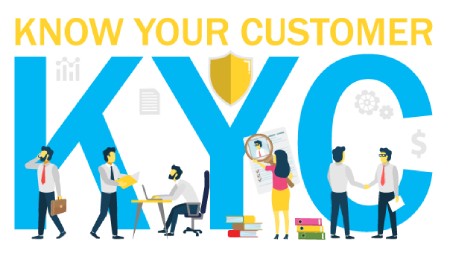 Sports betting sites accept and pay out wagers totaling millions of dollars every day. Such high turnovers are a target for people involved in money laundering and other financial crimes. Even people involved in terrorism can use these platforms to disburse funds, and bookies must remain alert about suspicious transactions.

KYC is especially important to combat:

Money Laundering: When people launder money and inject this illicit money into their economies, it can destabilize the national currency. Inflation goes up, and even those not involved in the crimes suffer because the cost of living rises. Moreover, most of this additional money goes into criminal activities. But how do criminals launder money through betting? Easy! They invest a lot of money in wagers, not caring if part of it is lost. But out of the invested money, a big chunk comes back as prize winnings which they can now claim as clean money. You might have heard of the Jersey Boys.

Fraud: Placing and cashing in on bets in the past required people to show up in person. Of course, those investing in criminal activities shied away from being bold and would often hide and engage in shoddy deals under the table. But this was not rampant because such activity was easy to notice. Criminals no longer need to hide because they can impersonate others and deposit illegal money seated behind a laptop. So, they steal other people’s identities, log into online betting systems, and bet with money that does not even belong to them. Fraudsters also use fake identities to throw casino games. They can enter numerous accounts into a game and bet on each one, ensuring that at least one of the accounts will win. Of course, this hurts the bookie’s winnings.

Is every bookie implementing KYC measures?

Not quite. Some sites still advertise as ‘no verification’ sites and will not require you to provide personal details to register and access your winnings. It’s not clear how much longer such sites can continue operating. But with digital currencies and alternative deposit methods such as e-wallets on the rise, there might still be ways to bypass these security measures. What’s your take on this?

If you liked this blog, check out our most recent posts.

The most Famous E-sports to Bet on

Want to know what makes the gambling market so lucrative? It keeps evolving! Who would have thought...

We can agree that the hardest part about placing a wager lies in deciding the...

Subcribe to our newsletter